Breaking things just for the sake of it 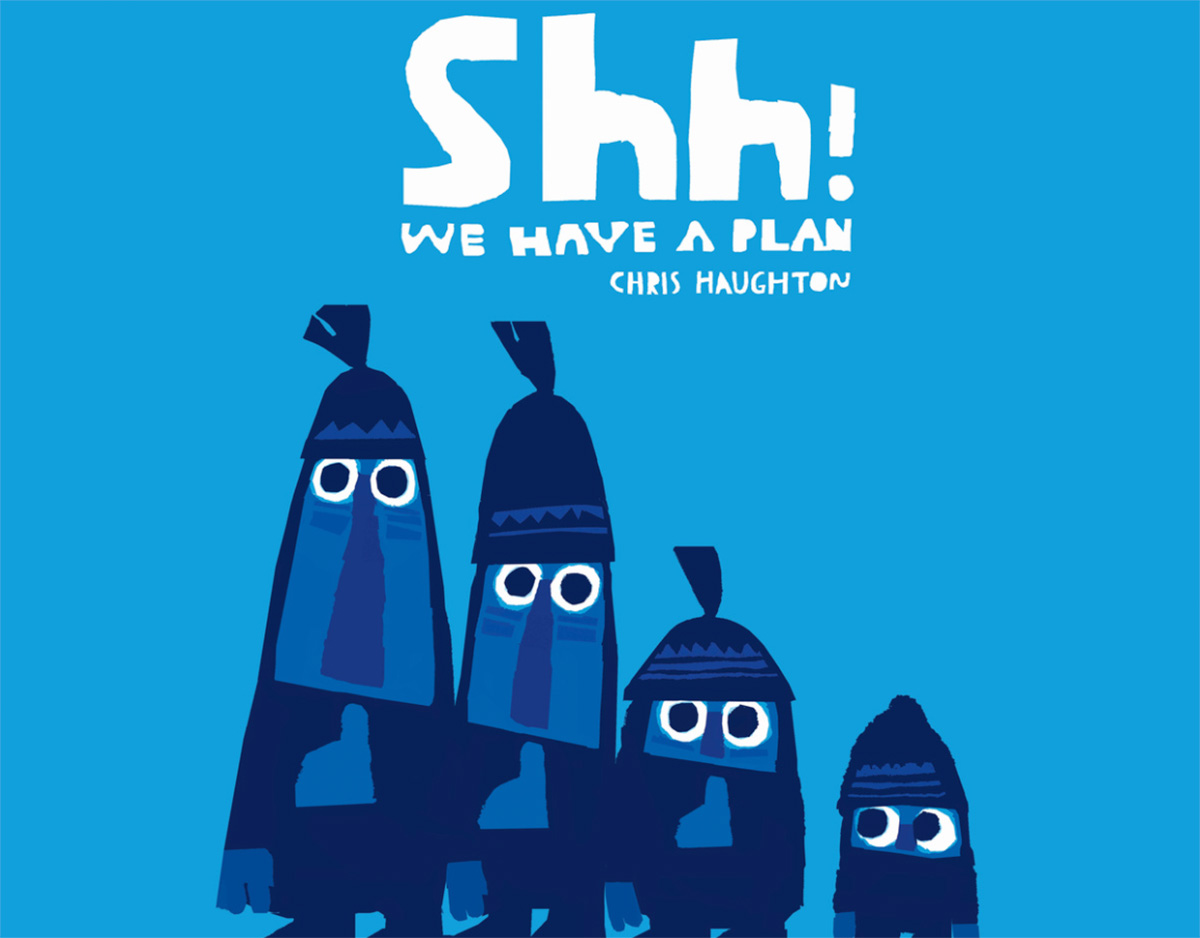 This morning my daughter bounded up from her cot proud as punch with the cover of her favourite childhood book in her hands.  Just the cover.

“Look Mommy,” she said with a big smile of satisfaction and complete and utter innocence while my heart dropped.

She loves to take a book to bed but had started to dismantle the little flaps of the peek-a-boo books so we switched to only allowing her to take those sturdy board books.  How naive of us – never underestimate the determination of a two and a half-year-old.

I’m not going to lie, I was gutted.  The book is Chris Haughton’s Shh, We have A Plan.  It is gorgeously illustrated and used to have her in fits of giggles every time we read it together.

Not only had she removed the cover but she had shredded the spine into little pieces ensuring it was not fixable.  Clear packing tape to the rescue and the book is back in circulation, though certainly not the pristine original.  It is now ready to entertain her brother as he grows up.

I swallowed down my exasperation as she stood there proudly – so excited to show mommy what she had done.  She had no idea that this was not a good thing and I remembered that feeling so well.

As a child, I was always taking things apart.  I touched, tasted and felt my way through life – always curious and always just as guileless and excited about it as Ruby is.  Just like Ruby, I had no comprehension of the mundane details so was usually in trouble for something I didn’t understand was wrong.

Breaking something is akin to failure as an adult. Of course, I still break things both to figure them out and also to push them to their limits.  However, as an adult, I do it in private, all too aware of the consequences of public failure.  I lost the artless innocence of childhood and learned to hide my endless curiosity.

What I should have learned is how not to be afraid to break & fix things in public.  Without being exposed to air, it is like it never really happened.  Ruby understands this – she wanted to share her handiwork with her world – her dad and me.

I should have kept the wide-eyed openness instead of internalising fear of failure and rejection.

Probably the biggest battle for productivity is fighting the barrage of psychologically manipulative social technologies that have been designed to make us feel we are not enough, have missed out and need to keep clicking. I have always struggled to harness the...

The work battle is not the same for everyone

Sometimes we forget that the world of work has been created by a very small percentage of predominantly privileged white men. When we read the stories of how they succeeded and internalise how their drive, morning routines, long hours and consistency got them to where...

A platform to discover the other side of the story

I really love when I hear a story from a perspective I had not considered before. Even if I don't agree with it, understanding where that person is coming from expands the outer reaches of the discussion. It is not always easy to hear and I haven't always heard the...

The myth of happiness and building mental safety nets

No one has their sh*t together. Happiness is the wrong goal.  The more I read and think about it, the more I am aware that it is just a fleeting emotion. For some reason, I had framed it as a destination. Every day, I have to work on understanding where I am...

I watched the movie Idiocracy years ago on the recommendation of a friend.  It is a silly 20's comedy starring Luke Wilson and Rosie Perez.  The premise is that the entire population has become less and less intelligent over time.  The idiotic problems this causes is...

The current obsession seems to be with putting ourselves into niches.  Nice little buckets to contain us so others can easily understand us before the 5-second rule expires and they flit to the next article, image or video.  The advice tends to run along the following...